9 Likes | 1K Downloads | 3K Views
The Schempp-Hirth Arcus is a flapped Two Seater Class glider in production by Schempp-Hirth. It first flew 7 April 2009. It is offered in addition to the Duo Discus which is an unflapped 20 metre two-seater, whose fuselage it shares. The wings have flaperons integrated along the whole span. It is available as a pure glider, a turbo using the Solo 2350-engine, and as a self-launching glider using the Solo 2625-2. An electric power unit based on Antares 20E equipment is also in production in collaboration with Lange Aviation GmbH. #double_seater #sailplane
Transportation Aircraft 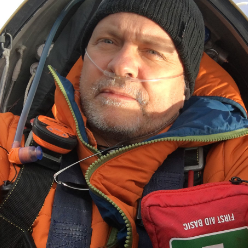