1 Likes | 124 Downloads | 930 Views
This is a computer model of Burford Parish Church in Oxfordshire County, England - a Grade I listed structure by English Heritage. By downloading this model, you will be able to explore the various components of this church's construction and gradual expansion over nearly 300 years. Each scene in the downloaded model represents one moment in time during the church's construction history. This film is part of a research project for my art history degree from the University of Oxford. Burford Church is a "Grade I" listed structure in Oxfordshire County, England. The text of this animation is transcribed below: Around 1175, work begins on the Norman church – a simple structure with choir, nave, and tower between. Here we see the structure being erected from east to west. Notice the round Norman windows. By 1200, a small side chapel is added to the south of the tower. An aisle and entrance foyer on the south are also added. These changes require demolishing part of the existing structure. By 1250, the side chapel is demolished and replaced by a north transept, south transept and expanded chancel. By 1400, a crypt is added and the tower extended up. At this point, the architectural style changes from Norman to Gothic – from round arches to pointed. The local cloth merchants also construct a guild chapel – detached from the main church and built at a slight angle. By 1475, the guild chapel is partially demolished. On its foundations the Lady Chapel is built. Meanwhile, most of the remaining nave is demolished to construct two aisles on either side of the nave, a larger west window, and new clerestory-level windows. Two chapels are added on either side of the choir as well as a 3-story entrance tower. Neither of these additions are visible from this angle. This completes the construction sequence of Burford Church. We will circle around the church – working our way clockwise.
Architecture 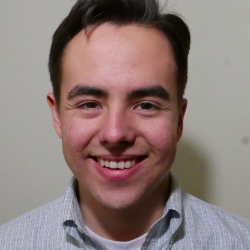