4 Likes | 943 Downloads | 2K Views
Baths Stables help us to recapture some of the excitement of the age of the horse, and of horse transport. Sovereign Hill’s working horses are used to wind the whim, drag the rakes of the puddling machines and pull the coaches, drays and carriages. Some of these horses are stabled here for short periods during the day. Historical Notes: In 1853, Thomas Bath built the first hotel in Ballarat, on the site in Lydiard Street now occupied by Craig’s Hotel. This was a roughly-erected building, and after six months, it was replaced by a fine hotel of two storeys. On a block of land between the hotel and Sturt Street, Bath built the stables shown in Deutsch’s lithograph. Offices at the front of the premises were occupied by Alex Kelly and the Australian Stage Company (then proprietors of the Cobb & Co coaching service). This 3D model ©2009-2010 3dskyline #1850s #3dskyline #Australia #Ballarat #gold_rush #museum #SH33 #Sovereign_Hill #Tom_Delany #Victoria
Architecture 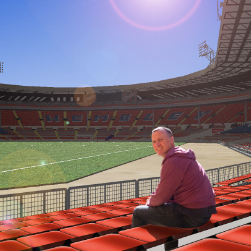