3 Likes | 178 Downloads | 955 Views
Description
Petra, originally known to its inhabitants as Raqmu, is a historical and archaeological city in southern Jordan. Petra lies on the slope of Jabal Al-Madbah in a basin among the mountains which form the eastern flank of Arabah valley that run from the Dead Sea to the Gulf of Aqaba. Petra is believed to have been settled as early as 9,000 BC, and it was possibly established in the 4th century BC as the capital city of the Nabataean Kingdom. The Nabataeans were nomadic Arabs who invested in Petra's proximity to the trade routes by establishing it as a major regional trading hub. Original Model: https://3dwarehouse.sketchup.com/model/uccfc6e18-fb67-4ca4-afb6-e2c1762ebfb4/Petra-El-Tesoro #petra #cliff #rock #raqmu #jordan #aqaba #ruined #antike #nabatäer #grave #temple #copniker
Landscape 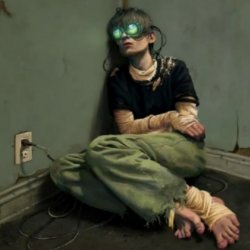