3 Likes | 1K Downloads | 5K Views
The mosque built in 1973 is consists of two floors . Both the interior and the xterior of the mosque is covered with hand made traditional Turkish wall tiles . It is interesting also due to the one dome with octagonal shape. It is decorated in the interior with the most valuable chaligraphy writing called “ hat “ ( Islamic art of writing ). This mosque without a similar building in Turkey and even the world is a monument of art added to the Culture and Art Collection of the city of Kutahya by the famous artist who has given many other values to the same city , by Ahmet YAKUBOGLU . #Cami #Camii #Eski_Cami #Kütahya #mosque #Türkiye #Çini #Çinili_Cami #Çinili_Camii 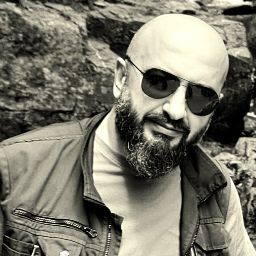