31 Likes | 6K Downloads | 9K Views
Description
Here is a geodesic dome as a residence to live in! It is an unusual house on the eastern edge of Paulwall. Paulwall has a few domes, actually, each with a distinct floor plan. A geodesic dome is expensive to build but is worth half the cost to heat and cool of a traditional box house. This is made of hexagons and pentagons. Interesting how they aren't really much thicker than traditional walls, and with wall studs, shapes hinged together. This house is great for the Paulwall area for there are severe storm threats every spring. Perfectly flat land in the middle of open prarie... The house is also impervious to earthquakes though Paulwall is not in a siesmic zone. The modern house is different from traditional modeling though the traditional layers are the same so you can explore with ease. 3 bedrooms and 2 bathrooms. There are other domes used as a cabin or a vacation house. Some call it a hobbit's bungalow. Could it be the house of a famous soccer player? Your choice! I hope you enjoy this dome house and please rate. The Facebook page with lots of architecture is found at my link below. Enjoy :) #Big_House #Building #Bungalow #Cabin #Contemporary_House #Cottage #Dome #Estate #Family_House #Geodesic_Dome #Home #House #Modern_House #Unusual_House #Vacation_Home #Vacation_House
Architecture 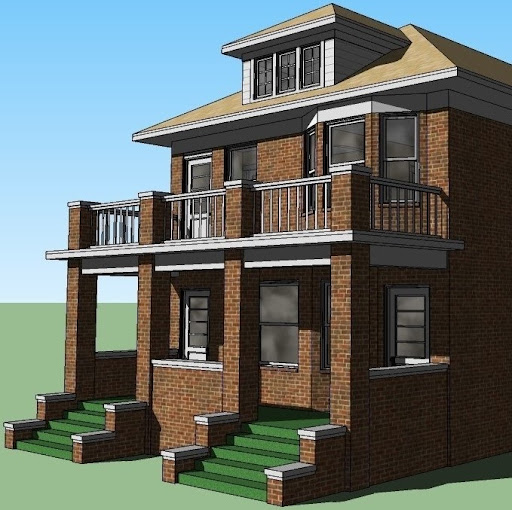