4 Likes | 582 Downloads | 2K Views
Patoroklos Type: battleship Operator: Free Planets Alliance Active: 8th century U.C. Crew Capacity: 1226 Dimensions: length 1159m; width 72m; height 358m Armament: 12cm neutron beam cannons (x40); 12cm electron beam cannons (x40); railguns (x2) ======================================== ||||| Service History ||||| The Patoroklos was assigned to lead the 2nd Fleet in a mission to evade the enemy and attack Iserlohn Fortress in 795 UC. It was met in battle by the Lohengramm Fleet in the atmosphere of the gas giant Legnica. The Patoroklos engaged Admiral Lohengramm's flagship Brünhild at close range, sustaining some superficial damage. When the Lohengramm Fleet rapidly ascended and ignited Legnica's volatile atmosphere, the Patoroklos itself was only saved by a timely ploy by Commodore Yang Wen-li and Lieutenant Commander Dusty Attemborough to make the ship ascend. The Patoroklos went on to fight in the Fourth Battle of Tiamat with the rest of the Alliance fleet. Surviving the battle, the Patoroklos sortied again at the head of the 2nd Fleet to engage the Lohengramm Fleet at the Battle of Astarte in January of 796 UC. With the 2nd Fleet at an immediate disadvantage against the numerically superior foe, the Patoroklos was struck by enemy fire near the bridge, wounding Vice Admiral Paetta. Commodore Yang took command of the fleet and forced a stalemate against the Imperial force. In the process, the Patoroklos engaged and destroyed the Imperial battleship Wallenstein, and scraped hulls with the battleship Kärnten. (Overture to a New War) Presumably being absorbed into the newly formed 13th Fleet along with the rest of the survivors of the 2nd, 4th and 6th fleets, the Patoroklos was subsequently observed at the Battle of Doria Starzone in 797 UC as part of the Yang Fleet. ||||| Starship Background ||||| The Patoroklos (Japanese: パトロクロス) was the Alliance flagship of the 2nd Fleet under Vice Admiral Paetta. ||||| Model Background ||||| This was the very first 3D model I built. And... the best thing I can say about it is that it ultimately looks better and more anime-accurate than the second model I built (the generic FPA battleship). The Legend of Galactic Heroes OVA has a bunch of really fantastic starship designs, so now that I actually know what I'm doing, it might be nice to one day go back and try and build some better models. #Gineiden #Ginga_Eiyū_Densetsu #Heldensagen_von_Kosmosinsel #Legend_of_Galactic_Heroes #Patoroklos #ScienceFiction #Starships #銀河英雄伝説
Transportation Spaceships 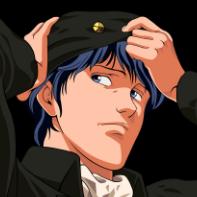