13 Likes | 3K Downloads | 7K Views
Soyuz is a series of spacecraft designed for the Soviet space program by the Korolyov Design Bureau. The Soyuz succeeded the Voskhod spacecraft and was originally built as part of the Soviet Manned Lunar program. The first unmanned Soyuz mission was launched November 28, 1966; the first Soyuz mission with a crew (Soyuz 1) was launched April 23, 1967.Soyuz spacecraft were used to carry cosmonauts to and from Salyut and later Mir Soviet space stations, and are now used for transport to and from the International Space Station. #spacecraft 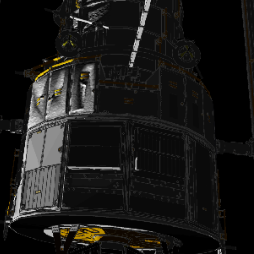