1 vind-ik-leuks | 129 downloads | 822 weergaven
Beschrijving
At the time of its launch, the Chandrayaan Class cruiser was state-of-the-art; no expense was spared in constructing this ship, which was meant to be the template for decades to come. Alas, it wasn't meant to be; new insights and advancements in technology rapidly outdated the class to such an extent that only three frames were completed. The Chandrayaan, Challenger and Chaffee were in the process of being mothballed when the Klingon - Federation war broke out. Not having the luxury of mothballing an otherwise spaceworthy vessel, Starfleet pressed them back into service. The ships saw quite a bit of action during this time period, but were unable to be a significant match against their Klingon counterparts. All ships were lost with all hands, the only positive side being that the ships were staffed with a skeleton crew. As always, if you use the model, creditation is required. By downloading this model, you also agree not to redistribute it as it being your own, including selling it or making physical models without requesting permission from me. You only acquire a license to use the model, not to own it. Original design by BuzaNorbi @ DeviantArt / Norbert Dax @ TrekBBS. #BorgMan #Norbert_Dax #Full_of_Stars_Designs #Phasers #Star_Trek #TOS #Challenger #Warp #Klingon_War
Transport Ruimteschepen 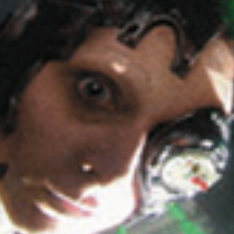