6 Likes | 211 Downloads | 756 Views
The Atacama Large Millimeter/sub-millimeter Array (ALMA, Spanish for "soul") is an array of radio telescopes in the Atacama desert of northern Chile. Since a high and dry site is crucial to millimeter wavelength operations, the array has been constructed on the Chajnantor plateau at 5000 metres altitude. Consisting of 66 12-meter and 7-meter diameter radio telescopes observing at millimeter and sub-millimeter wavelengths, ALMA is expected to provide insight on star birth during the early universe and detailed imaging of local star and planet formation. ALMA is an international partnership between Europe, the United States, Canada, East Asia and the Republic of Chile. Costing more than a billion US dollars,[1] it is the most expensive ground-based telescope in operation. ALMA began scientific observations in the second half of 2011 and the first images were released to the press on 3 October 2011. The array has been operational since March 2013. 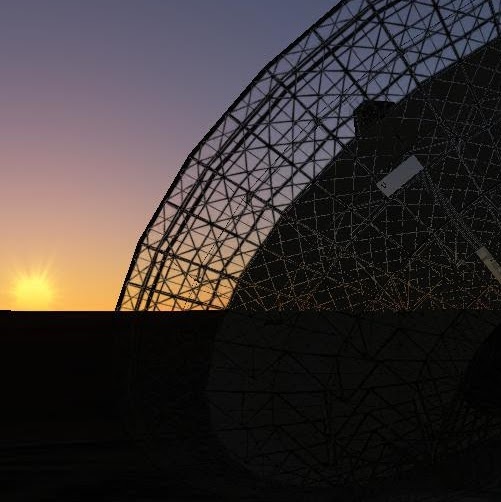