9 Likes | 653 Downloads | 3K Views
This is Obi-Wan Kenobi's lightsaber as seen in Star Wars (1977) used in his duel with Darth Vader on The Death Star. It was comprised of a European sink drain, A WWI British grenade, a Graflex flash gun clamp, the LED lens from a Texas Instruments Exacta 20 calculator, an unknown part resembling an industrial gear of some sort and an Armitage Shanks Millennia Traditional Handwheel (faucet knob). Please Note: This is a high poly model. #A_New_Hope #lightsaber #ObiWan_Kenobi #Star_Wars 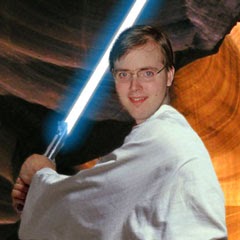