2 Likes | 286 Downloads | 1K Views
Description
St. Paul's former fire station 13 was constructed in 1894 at the location of 924 Hampden Ave. It was built in the emerging St. Anthony/Merriam Park neighborhood which the time was mid-way between St. Paul and Minneapolis. The station holds the distinction of housing the last of St. Pauls' horse drawn companies as the conversion to motorization was completed. The station is depicted as it was built, including the stations tower. The apparatus bay doors were later modified as larger motorized apparatus arrived, and the station tower was removed. The station still stands today used as a private residence. #fire_station #historic_fire_station 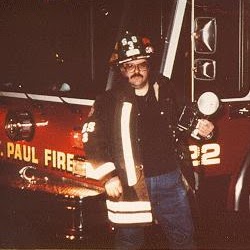